Kontio – a reliable boot companion for life, since 1973

Lauri Tähkä, a beloved Finnish vocalist, pulled up his trouser legs and put on Kontio boots, the genuine, original king of rubber boots.

Long-term cooperation between Lauri Tähkä and Kontio under the hashtag #elämänkumppari will last until the end of 2021. Both Tähkä and Kontio are absolute forefront leaders in their fields in Finland, and it is a funny coincidence that they share the same year of birth: 1973.

Many of us have memories of them.

Kontio boots have shared countless mushroom picking outings and sauna heating moments. These iconic rubber boots have been a familiar sight for decades on cottage porches and at cabin corners all around Finland. Since 1973, Kontio boots have been an integral part of Finnish steps, small and large ones. Come rain or shine, or even snow. Inherited from granddad, or recently bought. With or without wool socks.

The Kontio family of boots

The joy of shared family outings and well-being from nature pass from generation to generation with Kontio boots. The famous family of boots includes several models, but the Kontio fit sticks to its last. It is tried and tested, known for being capacious. Alongside the basic Kontio Classic model, new paths are conquered by the more graceful Kontio Basic, the low cut Kontio Low, the winter boot Kontio Winter and young boot lovers’ Kontio Jr. A varying cut of classics, all of them!

These boots for life stand the test of time, not only because of the natural rubber material, but the timeless design as well. The boots have been worn equally fluently with both flowery dresses and windbreakers. And the journey continues – from swamps to the city, fields to parks. And the position of this all-time favourite is not easy to water down. This act is hard to follow. The weather, fashion, and the world at large all change, but luckily some things never do. 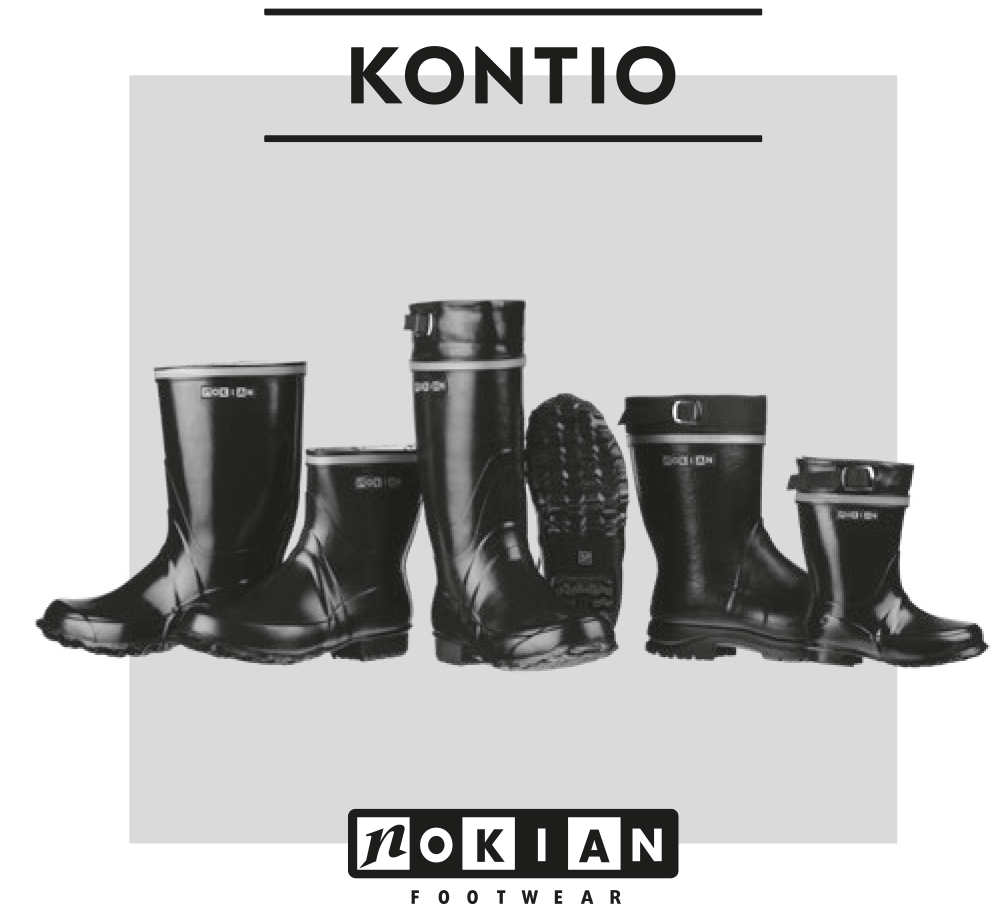 KONTIO IS THE KING OF RUBBER BOOTS

The genuine original boot designed for Finnish nature and way of life, since 1973. All products of the Kontio rubber boot family are designed in Finland to endure heavy use and all weather conditions. The boots are assembled by hand from dozens of pieces, true to the original capacious fit.

KONTIO IS THE KING OF RUBBER BOOTS